Venture Capital and the Art of the Deal: More of the Same 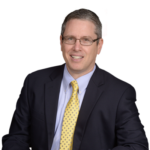 Imagine a Baskin Robbins where you can get any flavor you want, as long as it is vanilla. Based on recent data provided by the National Venture Capital Association in partnership with Aumni, the market for venture capital deal terms seem to be that kind of store.

In connection with the release of an updated version of its Series A Model Term Sheet last year, the NVCA included survey results provided by Aumni based on data from “100,000 venture transactions, representing over 40,000 investors with a combined network of over $1 trillion in assets under management.”   This summer, Aumni released an updated version of the data companion that includes 2020 data and more data fields.

Roughly 40%  of the data fields included in the Aumni survey relate to the frequency with which certain deal terms are found in financing transactions.  For example: “What is the frequency of 1x preferences?”  The results are reported by funding round.  While most experienced players in the space likely already know the market norms for each of these deal terms, what is truly striking is the degree of conformity.  Most deal terms are present in  80-90%+ of financings.

In the chart below, I summarize the deal terms findings of the survey with respect to frequency, as well as the 2020 findings compared to the historic numbers.

Deal terms serve at least two purposes.  First, they provide a means of mitigating risk and enhancing reward to investors.  For example, increasing the liquidation preference to 2x increases (but far from guarantees) the likelihood that an investor will emerge from an investment with at least a 2x return.  Second, deal terms are a way for investors to distinguish themselves from other investors in competitive situations – by accepting more risk and eliminating investor enhancements.

In the current “Lake Wobegon” market, where “all the terms sheets are above average” in terms of their company friendliness, founders have the luxury of focusing on valuations and collateral benefits offered by different potential investors.  On the investor side, offering company-friendly uniform terms to companies of all stripes should have the effect of depressing valuations of many companies since these terms on the whole offer fewer investor protections and enhancements.   Of course, depressed valuations are not exactly a “thing” in the current venture market.  It will be interesting to see how this combination plays out going forward for investor returns.