“Family Office”? What’s In a Name: The Implosion Heard Around the (Financial Markets) World 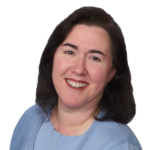 What Can We Expect from the Regulators?

Archegos Capital Management’s collapse last week, and the resulting losses for several global banks, has and will impact financial markets for the foreseeable future. Regulatory efforts will likely focus on the ever-expanding shadow banking sector and shed light on its transparency (or lack thereof) and the risks. Shadow banking is a blanket term to describe financial activities that take place among non-bank financial institutions outside the scope of federal regulators and generally is defined to include family offices.*

Scrutiny of nonbanks was already a priority for Treasury Secretary Janet Yellen after last year’s Treasury market turmoil surrounding hedge funds, dislocations in the repurchase agreement market in 2019, and of course, the GameStop story earlier this year.

The current regulatory examination follows on the heels of the Dodd-Frank Wall Street Reform and Consumer Protection Act (Public Law 111-203) (commonly referred to as Dodd-Frank) which overhauled financial regulation in the aftermath of the 2009 financial crisis. Under the Dodd-Frank legislation, family offices won a special carve-out from Congress that allows them to avoid SEC registration if they serve a single family and don’t give investment advice. Family offices made the case to Congress at the time that they only make conservative investments to preserve family wealth and they do not try to beat the markets. And so, despite managing around $10 billion, Archegos is not directly regulated by the SEC because it manages Hwang’s wealth as a single-family office.

CFTC Commissioner Dan Berkovitz said, “The collapse of Archegos Capital Management and the billions of dollars in losses to investors and other market participants is a vivid demonstration of the havoc that errant large investment vehicles called ‘family offices’ can wreak on our financial markets.” He added, “A ‘family office’ has nothing to do with ordinary families. Rather, it is an investment vehicle used by centimillionaires and billionaires to grow their wealth, reduce their taxes, and plan their estates.”

* Over 10,000 family offices globally manage an estimated $5-15 trillion in assets – larger than the entire hedge fund industry. The largest family offices operate like sophisticated investment firms, but they don’t have the same oversight. Unlike hedge funds, family offices do not have to disclose their assets, bank relationships, and other operational information.