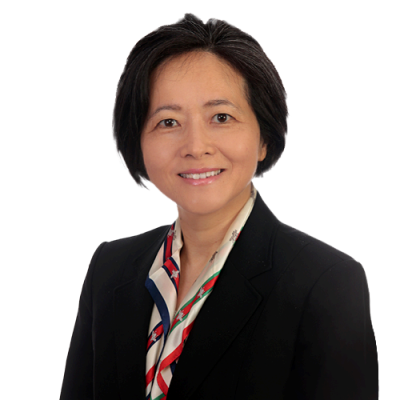 University of Science and Technology of China

Letao Qin has extensive experience as a patent attorney. Focusing her practice in all aspects of IP transaction, patent and trademark prosecution and procurement, Dr. Qin has advised Fortune 500 companies, universities, start-ups, and individual inventors to identify, capture, and protect innovations. Her practices include IP counseling, due diligence and clearance for business transactions that involve high-tech and emerging technologies such as AI, robotics, and autonomous driving vehicles. Dr. Qin also specializes in patent and trademark procurement and proceedings at the patent and trademark appeal boards. She has drafted PCT and US utility patent applications in the technical areas of emerging technologies, electrical and telecommunication technologies, computer software, medical devices and optical instruments.

Dr. Qin is a member of American IP Law Association (AIPLA) and co-chairs its IP Practice in China Committee, where she leads the committee’s various projects of legislation and commentary, IP law harmonization and delegation visits.

Prior to joining Rimon, Dr. Qin worked for more than seven years at two IP boutique law firms as an associate. She also did a stint at an early-stage energy start-up company as an in- house IP attorney. Before joining the legal profession, Dr. Qin worked at two leading engineering companies — IBM and Nortel Networks — as a computer engineer.

Dr. Qin holds a doctorate in astrophysics and studied under Dr. Tsuruta, who was one of the very few female astrophysicists in the 1950s and after whom a neutron star was named. In graduate school at Montana State University, Dr. Qin was involved in the astrophysics research group and received her doctoral degree after her pioneer work studying effects of strong magnetic fields on neutron star thermal evolution. She attended the extremely competitive University of Science and Technology of China, after ranking second in the Hunan province on the National College Entrance Exam. She received her B.S. in physics from the University of Science and Technology of China and her J.D. from Boston College Law School, cum laude. She is registered in Massachusetts and with the USPTO.

Letao is a native of China. She speaks and writes Mandarin Chinese fluently.

University of Science and Technology of China