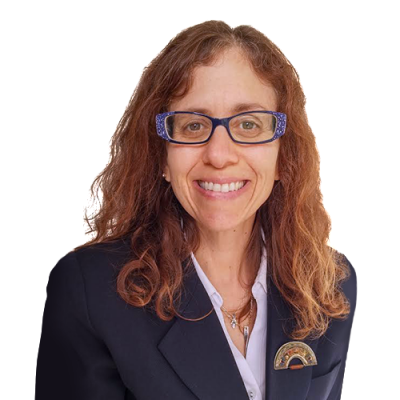 For four years prior to August 2007, Ms. Seaton was the lead attorney in her own law firm, located in Wilmington, Delaware. There, she practiced Elder Law litigation involving lawsuits over Wills, Estates, Trusts, Powers of Attorney and Living Wills; Estate Planning; Immigration Law; Family Law and small Civil litigation.

Before establishing her own law office in November 2003, Ms. Seaton practiced law with firms in Delaware and Ohio in the same practice areas. She was also an assistant Deputy Attorney General of the State of Delaware’s Attorney General’s office.

While living in Israel, Ms. Seaton has also worked for several nonprofit organizations, as she enjoys contributing to society. Having always enjoyed volunteering, Ms. Seaton has been active in more organizations than she can count, including (but not limited to): several synagogues of varying denominations, Hadassah, Israel’s Association for the Blind, Women Speaking Hebrew, The Jerusalem Open House, and more.

Ms. Seaton maintains her law licenses in the states of Delaware and Ohio, as well as in several Federal jurisdictions. Ms. Seaton is registered as a foreign lawyer with the Israeli Bar Association.