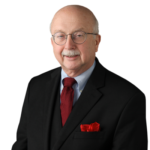 Mr. Mussman was a proud sponsor of The Heroes Curing Childhood Cancer event which took place at The Ritz-Carlton, Washington, D.C, on February 25, 2017.  This annual fundraiser provides vital funds for pediatric cancer patient care and research at Children’s National Organization.  The event has raised over $3 million since its inception and has the mission of providing patients and their families with critical emotional and psychological support.  You can learn more about event here.
Children’s National has been named one of the top pediatric cancer programs in the country for the eighth year in a row.  More about Children’s National here.

Mr. Mussman is a well-known banking and financial services attorney in the Mid-West after having received recognition from numerous publications and ranking agencies, including Chambers USA, and Chicago’s Best Lawyers®.  He represents banks, mortgage lenders, and other financial services providers, focusing on banking and commercial and consumer credit law. He also represents bank affiliates and non-bank players in the commercial and consumer credit space.