Zeta Beta Tau, the world’s first Jewish fraternity, has announced that Rimon Partner Stephen Joel Trachtenberg has been named the 2016 Man of the Year.

ZBT's Man of the Year award honors those brothers who stand forth above other brothers and fellow citizens in living the Credo and honoring ZBT's Ritual from a position of leadership and service. These brothers serve as role models for members of Zeta Beta Tau and American society in general.

“I’m honored to receive this award; it is a symbol of my commitment to the world of higher education, Columbia College and, of course, to Zeta Beta Tau,” Mr. Trachtenberg said. 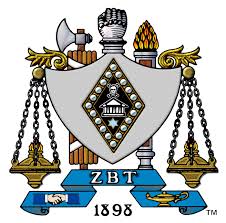 zbt awards,  zbt honors dr. stephen joel trachtenberg,  man of the year award,  jewish fraternity,  zeta beta tau,  higher education
We use cookies to improve the functionality and performance of this site, and to personalize ads from our company. By continuing to use this site, you are providing us to your consent to our use of cookies on the site. Please see our Privacy Policy for details.