What do Tech Investors Want?

Last week, Google announced its plans to acquire Motorola Mobility, effecting a vertical integration from the Android operating system into hardware.  Investors responded by shaving roughly 13% off Google’s value—roughly twice as much as the NASDAQ lost and three times as much as the Dow. 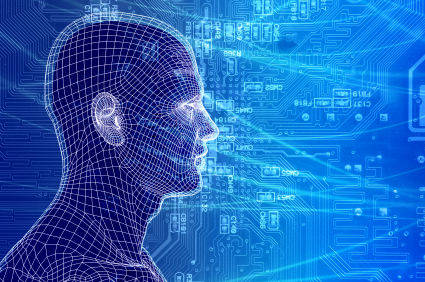 A few days later, HP announced its plans to shed its PC division and acquire a software company.  The combined effect will be a shift from hardware—long HP’s mainstay—towards software.  Investors responded by knocking close to 20% from its value in a single day.

So what, one may wonder, do tech investors want?  Apparently neither integration nor refocusing can please them.  While it is certainly true that few companies posted big wins in the equity markets this week, it remains striking that Google underperformed Oracle, IBM, Apple, Microsoft, and Yahoo! (all of whom posted losses much closer to those of NASDAQ) and HP did even worse.  Is there an underlying message in their declines?  And if so, what is it?

Perhaps the message has to do with a judgment about the state of the tech sector.  Technology industries tend to evolve in a Darwinian fashion.  A new foundational technology—such as the PC, the Internet, or cell phones—crosses a certain level of usefulness, and a race ensues.  A handful of platform providers launch competitive tweaks designed to make the foundational technology broadly functional, and many aftermarket players arise in their wake.

Eventually, the platform competitors winnow themselves down to a small number of winners, each of whom shifts its focus from the direct platform competition to the organization of the aftermarket ecosystem spawned in its wake.  Competition within those ecosystems then accelerates, as each one begins to claim unique advantages.  A generation or two down the road, few advantages remain unique; the remaining platforms begin to converge.  Until, suddenly, a new technology arises to restart the system

We have seen this pattern repeat itself several times.

The 1980s witnessed wars among computer manufacturers and among operating systems; the 1990s, wars among ISPs, Internet browsers and search engines; and the 2000s, wars among cellular networks, handheld operating systems, and social networks.  For all intents and purposes, most of these wars are over.  Today, leading PC and server operating system software is largely compatible, as are browsers; local duopolies of telephone and cable companies provide most Internet service; and Google and Facebook have become so dominant that they are the standards against which all upstart search engines and social networks, respectively, are judged.

So where is the action?  And how does it relate to this week’s two blockbuster deals?  While tech developments do have a way of confounding predictions, it appears that we are entering a period of intense competition among aftermarket players.  No fundamental technology sits just beyond the horizon, poised to alter the ways that we relate to information.  It is likely that the great advances of the next few years will relate to the ways that we use the vast troves of information that we can now access.

Stated simply, we can already find, access, and share so much information that we are drowning.  The next wave of developments are likely to emphasize filtering and analysis—helping us get the information we either want or need (not always the same thing), and then make sense of that information.  Specialized search, analytics, and interfaces capable of making complex scientific derivations accessible to the average consumer, are likely to become prominent.  We may be leaving an extended period of increased information access and entering an era of enhanced information access.

Where does that leave tech companies?  Most startups may not really notice the shift.  The overwhelming majority of software companies started over the past three decades have focused on narrow applications appropriate for the platforms of their era; the next wave will do the same.  From the perspective of larger established players, however, the shift is significant.  Google understands that it is far too big a company to rely upon someone else’s platform.  Its acquisition of Motorola Mobility promises to turn Android into a true ecosystem whose players will conform to Google’s rules.  HP understands that its own platform piece—the PC—no longer contains enough differentiating features to confer any power.

And so, as Google moves to define the next generation of platforms for others, HP positions itself to become a significant aftermarket other.  Investors, faced with these new strategies in a week beset with skepticism, remain skeptical.  At a time of massive uncertainty in the markets, investors seek familiar assurances above all.  Companies poised to explore new strategies—even strategies appropriate to the present and critical to the future—may have to take a hit to their market caps until investors and consumers become comfortable with them.

Disclosure: I hold no shares in any company mentioned in this article.

Start-ups and Start-up Financing,  technology
We use cookies to improve the functionality and performance of this site, and to personalize ads from our company. By continuing to use this site, you are providing us to your consent to our use of cookies on the site. Please see our Privacy Policy for details.