BSPCE, A Very Attractive Incentive Tool for Start-ups, Now Available to Foreign Companies to Retain Their Employees in France 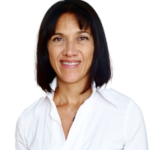 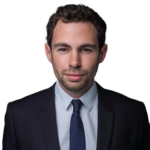 The bons de souscription de parts de créateurs d’entreprise (“BSPCE”) are a category of securities under French law which entitle their holders to subscribe shares of the issuing company during a specific period and at a price fixed at the allocation decision and which may be granted by young companies to recruit and retain their employees and executive officers (or those of their subsidiaries).

These securities are particularly advantageous from a tax point of view for the employee but also for the issuing company and have been used by French start-ups for many years.

French Law No. 2019-1479 of December 28, 2019 of the Finance Act for 2020, added an Article III bis to Article 163 bis G of the French General Tax Code to indicate that all of the provisions on the issuance of BSPCE “shall apply to BSPCE granted, under the same conditions, by a company whose registered office is established in a Member State of the European Union or in a State or territory that has concluded with France a tax treaty containing an administrative assistance clause to combat tax evasion or avoidance.”

The countries concerned by this provision are numerous and we can mention as examples: Germany, the United States, Australia, the United Arab Emirates, the United Kingdom.

This internationalization of BSPCE causes practical legal problems to which we do not yet have all the answers. Compliance with the conditions and in particular with the issuance procedure designed for French companies may be difficult to transpose to foreign companies.

The tax authorities have provided clarification on the subject through an update of its doctrine in February 2021.

These conditions are easily understandable.

However, it is more complicated to strictly comply with the procedure applicable to French companies for the issuance of BSPCE.

Indeed, the French General Tax Code provides for a specific procedure for French companies for the issuance of BSPCE (extraordinary general meeting of shareholders, delegation of powers to the Board of Directors, mandatory reports to be drafted) which cannot, in practice, be fully complied with by foreign companies.

For example, in a given jurisdiction, the competent body to decide on such issuance may not be the shareholders’ meeting.

The tax authorities have provided few details on how to adapt the issuance procedure, indicating only that the French procedure is applicable to the issuance of BSPCE by a foreign company and that “The corporate bodies empowered to authorize the granting of BSPCEs and to set their terms and conditions, as well as the corporate bodies delegated with such powers, may be adapted to take into account the regulation applicable to the foreign company. The provisions concerning these bodies may therefore, for foreign companies, apply to authorized bodies equivalent to those designated for French companies“.

The administration adds that the provisions relating to the time limits for exercising the BSPCE or the methods for determining the purchase price (price freely fixed except in the event of a capital increase of the issuing company during the last 6 months) of the shares subscribed to in exercise of the BSPCE shall be complied with.

No further information is given on how to proceed with an issuance of BSPCE by a foreign company, and there is therefore a great deal of uncertainty as to how it will be carried out.

It is possible to usefully refer to the clarifications provided by the French administration on international stock option issuance, even if they do not answer all the practical questions.

In any event, it is recommended that foreign companies state in their various legal documents their intention to treat their issuances as an issuance of BSPCE and indicate the adjustments that have been necessary in relation to the provisions of French law in order to comply with local law.

It is to be hoped that clarifications will soon be provided by the French tax authorities and that it will not be necessary to wait for the first foreign BSPCEs to be exercised before the doctrine is clarified in the light of litigations.