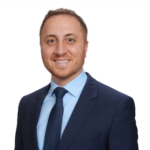 On the unique value Roger Parker brings to the team:

“‘From Roger’s side, certainly the operational experience — knowing how to open offices in new jurisdictions, knowing how to deal with the different bar rules, dealing with different currencies, expansion, all of his great contacts in the U.K., his managerial experience … all that was just perfect for us, very key, to expanding certainly in the U.K., but also outreach beyond the U.K. into the Middle East and Asia,'” he explained.

“Between all of them, we have a very strong starting point for a full-service practice.”

On the success of the firm’s differentiated model:

“‘What we found is that our model, being the only high-end, close-knit, distributed law firm in the world, has really attracted lots of great talent,” he said. “COVID has really, I think, opened up a lot of minds. Certainly, also in South America, Paris, Germany — places where people have told us, before COVID, this would have been too scary for top-tier partners. But now, after working from home, it’s really opened up a lot of doors for us.'”

Rimon has 37 offices across five continents. The firm is widely known as being at the vanguard of legal innovation. The firm has been repeatedly recognized by the Financial Times as one of North America’s most innovative law firms. The firm’s Managing Partners were both named ‘Legal Rebels’ by the American Bar Association’s ABA Journal and have spoken on innovations in the practice of law at Harvard and Stanford Law Schools. Rimon and its lawyers have also received numerous awards for excellence, including from Best Lawyers and Chambers.